The revolving door between government and lobby groups has long been a source of concern in the United States, where lead government IP officials have regularly jumped to lobby groups representing music, movies, and software interests and vice versa. In recent years, that has included the USTR official responsible for copyright in ACTA and the TPP moving the MPAA, the lead software industry lobbyist joining the USTR, and the general counsel of the Copyright Office joining the top international music association.

The Lobby Monitor reports that the revolving door has apparently migrated to Canada, with the former Director of Regulatory Affairs for Music Canada joining the government to play a key role in copyright policy, only to be replaced by the former Director of Parliamentary Affairs within the Prime Minister’s Office, who was the lead on the surprise copyright term extension for sound recordings passed in 2015. 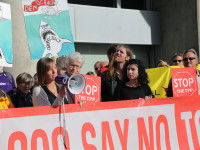 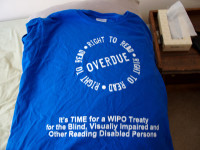 Bill C-11, the copyright bill that will allow Canada to accede to an international copyright treaty that will improve access for the blind and visually impaired, was fast tracked on Tuesday with unanimous approval to consider the bill read, studied, and passed three times. There will be no House of Commons committee hearings on the bill, which now heads to the Senate for approval. The bill received first reading at the Senate today. With no hearings and little debate, the bill will pass quickly without any changes.  I wrote about Bill C-11 last month, noting that it is a positive step forward but that some provisions may be unduly restrictive when compared to the implementation approach recommended by some copyright groups.

One of the most notable provisions (which was raised by Carla Qualtrough, the Minister of Sport and Persons with Disabilities) is that the bill amends Canada’s anti-circumvention rules by expanding the exception on digital locks. NDP MP Charlie Angus, a veteran of the copyright battles on Parliament Hill, seized on the issue to ask whether the government would address the remaining digital lock restrictions. The answer from Minister Qaultrough: yes. 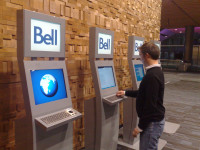 For the first six months of the new Liberal government, telecom watchers were unsure about whether Navdeep Bains, the Minister of Innovation, Science, and Economic Development, would maintain the pro-consumer and competition approach that typified the previous government. The Bains ministerial mandate letter referenced the importance of competition, choice, and investment in communications, leaving enough wiggle room to shift in a new direction.

My weekly technology law column (Toronto Star version, homepage version) notes that the full policy remains a mystery, but developments over the past two weeks suggest that a major change in approach is unlikely. With several big issues still to be decided – a plan for universal broadband access and review of the proposed Bell acquisition of MTS among them – getting a better sense of government policy is essential for business and consumers.

Appeared in the Toronto Star on May 16, 2016 as Rejecting Bell’s Broadband Fight Sends a Clear Signal For the first six months of the new Liberal government, telecom watchers were unsure about whether Navdeep Bains, the Minister of Innovation, Science, and Economic Development, would maintain the pro-consumer and competition […]