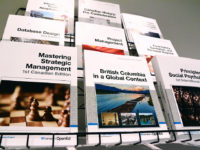 “Free” materials for educational purposes are sometimes derided as sub-standard works based on the premise that you get what you pay for. Inherent in the argument is that value is associated with cost and that turning to materials without cost means relying on materials without value. Yet the reality is that free materials are free as in “freely available” with the costs of production or business models that support those works rivalling conventional publication approaches. Free or openly available materials are not outliers. For example, the University of Guelph told the Industry committee that 24 per cent of materials in their course management systems consisted of open or free online content.

The series on misleading on fair dealing continues with an examination of freely available materials, including four sources: public domain works, open educational resources, open access publishing, and hyperlinking to third party content (prior posts in the series include the legal effect of the 2012 reforms, the wildly exaggerated suggestion of 600 million uncompensated copies each year, the decline of books in coursepacks, the gradual abandonment of print coursepacks, the huge growth of e-book licensing, why site licences offer better value than the Access Copyright licence, my opening remarks to the Standing Committee on Canadian Heritage, and transactional licensing).

Copyright Board of Canada on Copying a Few Pages: It’s Insubstantial and Not Compensable

The Copyright Board of Canada has issued a series of questions  to Access Copyright in the tariff proceedings involving Canadian post-secondary institutions. Once Canada universities and colleges quit the proceedings, the Board was left to play a more aggressive role in questioning Access Copyright’s claims.  Its questions focus on several important issues (discussed further below), but perhaps most noteworthy is its preliminary conclusion on what constitutes insubstantial or de minimis copying.

In establishing the scope of copyright rights, the law refers to “the sole right to produce or reproduce the work or any substantial part thereof.”  Since the rights only arise once the full work or a substantial part of it are used, anything less than that – ie. an insubstantial part – is not subject to the rights identified in the Copyright Act. While some rights holders have argued that the standard for a substantial is very low (the National Post recently argued in a case that “even the reproduction of a small number of words in a newspaper article can be an impermissible reproduction”), the Copyright Board says that its preliminary view is that “copying of a few pages or a small percentage from a book that is not a collection of short works, such as poems, is not substantial.” With respect to the tariff application, the Board says this excludes more than 2.5% of coursepack copying.

All the News That’s Fit To Post and Link: Federal Court Clears Up Legal Risks

Free Dominion is a Canadian-based political news website where users regularly post articles or link to online content for the purposes of political debate. On January 10, 2008, an eleven-paragraph column by National Post columnist Jonathan Kay was posted to the site. When the Post complained in April 2010, the column was replaced with shorter excerpt that included the same headline along with 3 full paragraphs and one half-paragraph. A month later, a site user posted a link to a photograph that was posted on the photographer’s website. The photograph itself was not posted as only a link was used.

These postings and links were not particularly unusual – similar actions occur millions of times every day – yet soon after, Free Dominion was hit with a copyright infringement lawsuit claiming the posting and the link violated the Post and photographer’s copyright.

My weekly technology law column (Toronto Star version, homepage version) notes that last week, the Federal Court of Canada issued its ruling, dismissing both claims (along with a claim over the posting of a second article for which the limitation period to sue had expired). The decision has enormous implications for Internet users, news organizations, and free speech in Canada as it removes much of the legal uncertainty surrounding sharing information online.