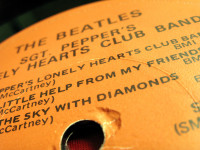 Is the Great Canadian Copyright Giveaway Really About Some Cheap Beatles Records?

The government’s surprise decision to include copyright term extension for sound recordings and performances in this week’s budget is being painted by the music industry as important for Canadian artists. But sources suggest that the real reason for the change is the result of direct lobbying from foreign record labels such as Universal Music and Sony Music, who were increasingly concerned with the appearance of public domain records from artists such as the Beatles appearing on store shelves in Canada. As discussed in this post, Canadian copyright law protects the song for the life of the author plus 50 years. However, the sound recording lasts for 50 years. That still provides decades of protection for record companies to profit from the records, but that is apparently not long enough for them.

Earlier this year, a Canadian company called Stargrove Entertainment began selling two Beatles records featuring performances that are in the public domain in Canada. The records were far cheaper than those sold through Universal Music and were picked up by retail giant Walmart, who continues to list the records on their website (Can’t Buy Me Love, Love Me Do). There were additional titles featuring the Rolling Stones, Bob Dylan, and the Beach Boys. Some of the titles are still available for sale through Walmart.