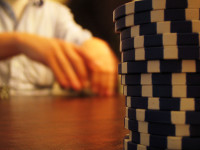 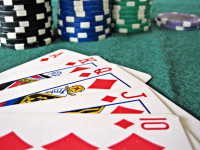 Graham Henderson, the head of the Music Canada (formerly the Canadian Recording Industry Association) wrote a blog post late last year lamenting musicians’ earnings, a situation he blames on the Internet allowing a few to “amass staggering, unprecedented wealth” while musicians toil for tiny incomes. Leaving aside the facts that the Canadian music industry experienced increased digital sales last year (while sales declined in the U.S.) and that the Ontario government is handing out tens of millions of tax dollars to the industry, Henderson now says the government needs to step in and regulate the Internet. According to Music Canada, government support must be complimented by:

judicious and reasonable regulation of the internet. The actions taken by courts in other jurisdictions have very reasonably required ISPs to block websites that are almost entirely dedicated to the theft of intellectual property.

In fact, Internet regulation and blocking websites are not the only music industry target. Last week, Music Canada appeared before the Ontario Standing Committee on Finance and Economic Affairs, where it cited Google as a problem:

The Bill C-11 committee conducts its final witness hearing on copyright reform today and not a moment too soon. Based on the demands from music industry witnesses this week, shutting down the Internet must surely be coming next. The week started with the Canadian Independent Music Association seeking changes to the enabler provision that would create liability risk for social networking sites, search engines, blogging platforms, video sites, and many other websites featuring third party contributions. It also called for a new iPod tax, an extension in the term of copyright, a removal of protections for user generated content, parody, and satire, as well as an unlimited statutory damage awards and a content takedown system with no court oversight. CIMA was followed by ADISQ, which wants its own lawful access approach that would require Internet providers to disclose subscriber information without court oversight based on allegations of infringement (the attack on fair dealing is covered in a separate post).

Yesterday the Canadian Music Publishers Association added to the demand list by pulling out the SOPA playbook and calling for website blocking provisions. Implausibly describing the demand as a “technical amendment”, the CMPA argued that Internet providers take an active role in shaping the Internet traffic on their systems and therefore it wants to “create a positive obligation for service providers to prevent the use of their services to infringe copyright by offshore sites.” If the actual wording is as broad as the proposal (the CMPA acknowledged that it has an alternate, more limited version), this would open the door to blocking thousands of legitimate sites. The CMPA admitted that the proposal bears a similarity to SOPA and PIPA, but argued that it was narrower than the controversial U.S. bills. While that may technically be true – SOPA envisioned DNS blocking and targeting advertising and payment networks – the website blocking provisions look a lot like the legislation that sparked massive public protest.