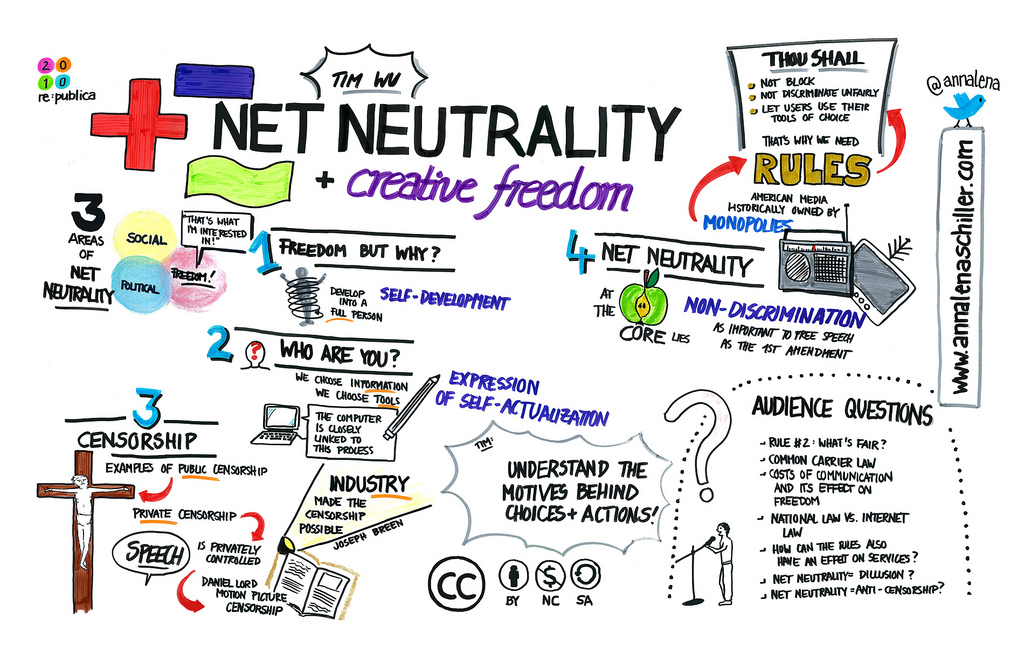 Dozens of musicians – including Canadians Sarah McLachlan and Barenaked Ladies – have joined a new musician coalition focused on net neutrality in the U.S.  A formal announcement of the campaign is scheduled for next week.

Net Neutrality in the Media

Amber MacArthur, now with CityNews, produced a good intro to the net neutrality issue.  Interestingly, both Rogers and Bell refused to appear on camera for the story.  Meanwhile, Shane Shick at Computing Canada provides his perspective, concluding that "if we value access to information as we do access to health […]

Net Neutrality at the Industry Committee

Yesterday I appeared before the Standing Committee on Industry, Science and Technology as part of their examination of telecom deregulation.  I was pleasantly surprised to receive an invitation, which I took to be an opportunity to discuss net neutrality.  I hope I didn't disappoint – I've posted my opening remarks below.  I focused on three issues in my opening: net neutrality, broadband strategies, and anti-spam legislation.   I tried to emphasize the need for action now, particularly with Canada developing an international position on net neutrality at the OECD (which behind the scenes is developing a paper on Internet traffic prioritization). The remarks attracted some interest from the committee, particularly Bloc MP Paul Crête, who asked many questions on each issue.  It will be interesting to see whether these issues make into the committee's final report.  My prepared remarks were as follows: