The comparison data on expenditures on television production per capita is particularly striking since it shows Canada far ahead of peer countries such as the UK, France, and Australia. Further, the data shows that Canadian content fares very well with more money spent per capita on Cancon than the equivalent per capita spending on domestic content in other peer countries. 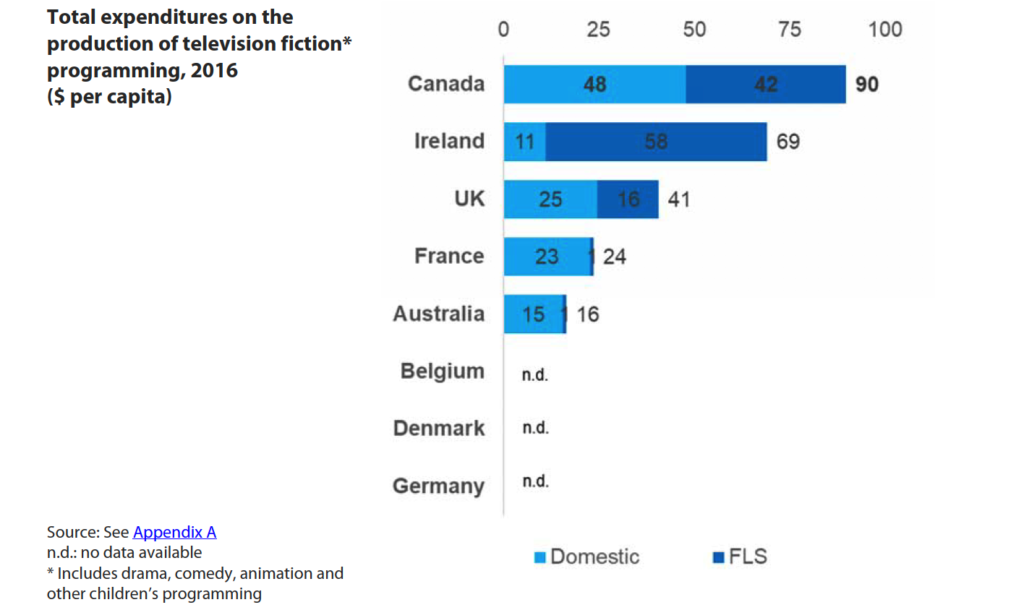 The data on the number of hours of fictional television produced tells a similar story with Canada producing far more than any other country surveyed. 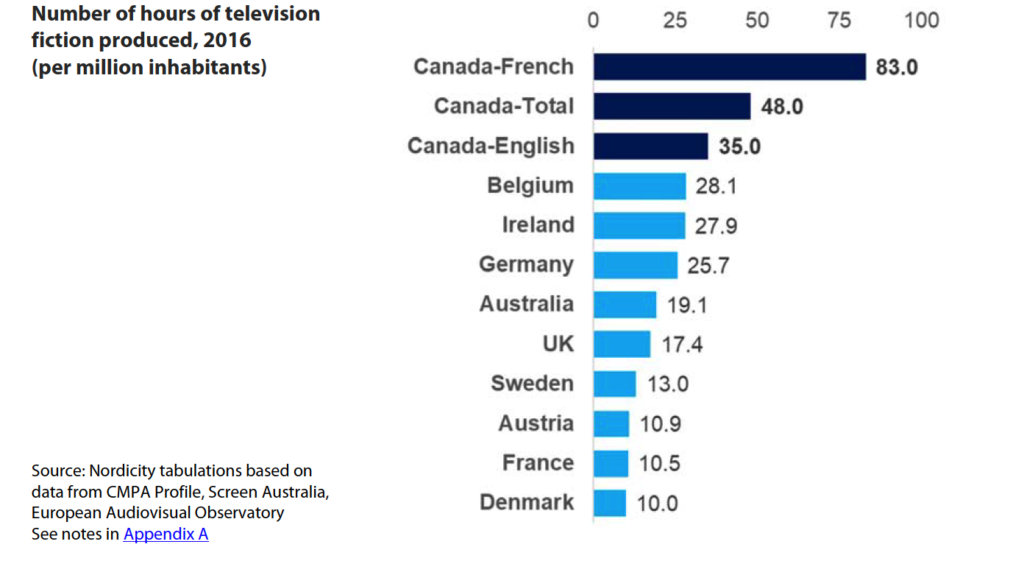 The Nordicity data notably comes from the 2017 CMPA report. Subsequent reports have shown even greater growth in the sector as the past two years have been the two biggest years for Cancon production over the past decade.

There is other interesting data in the report that indicates Canada fares less well in terms of public funding of broadcasting. Tax credits form a big part of Canadian support (more tax credits than any other peer country). Further, audience share at Canada’s public broadcaster is by far the lowest among peer countries. But rather than suggest reforms to public support for broadcasting, the panel instead recommends a massive regulatory overhaul that seeks to impose Canadian regulation on thousands of sites and services around the world premised on the basis of an emerging crisis for Canadian content. Those recommendations are not supported by the data the panel itself commissioned, which actually shows Canada as a global leader when it comes to production spending on television programming (including certified domestic productions) and employing hundreds of thousands of people.