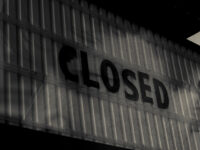 Earlier this year, the government deployed disturbing anti-democratic tactics by repeatedly cutting off debate on Bill C-11 in both the House of Commons and during clause-by-clause review of the bill.  As a result, MPs rushed to vote on over 150 amendments, most without public disclosure of what was even being voted on. That approach rightly sparked anger and has even led supporters of Bill C-11 to ask the Senate to remedy unexpected amendments that were not subject to any public debate. As bad as that was, later today the government will arguably engage in an even more problematic tactic, as it moves to block dozens of potential witnesses from presenting their views on the Online News Act (Bill C-18).

Minutes after Canadian Heritage Pablo Rodriguez answers committee questions on the bill for the very first time this afternoon, the government – backed by the NDP – is expected to shut down further witnesses at the Bill C-18 hearings and move directly to clause-by-clause review. As a result, dozens of stakeholders and experts will be blocked from giving testimony to the Heritage committee. For a government that once prided itself on consultation, the decision to block further committee testimony is a remarkable abdication of the principles of a consultative, inclusive approach to legislative development. 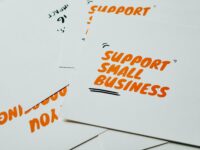 As anyone watching the House of Commons this week knows, it is Small Business Week. Each day, Liberal MPs have stood in the House to proclaim their support for small business. The speeches are supplemented by tweets, such as this one by Canadian Heritage Minister Pablo Rodriguez. The professed admiration for small business came to mind last night during a spectacular Senate hearing on Bill C-11 featuring Jennifer Valentyne, Stewart Reynolds (aka Brittlestar), and Darcy Michael. The three witnesses, who were bursting with energy and confidence, came with simple message: fix Bill C-11 by keeping the government and CRTC away from the platform algorithms. It is a message that Rodriguez has ignored for months, despite the fact that these are precisely the creators one would think the Minister of Canadian Heritage would want to support. 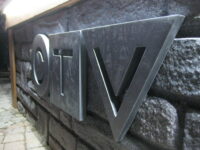 Broadcast Bonanza: PBO Says Bill C-18 Would Give a Quarter Billion to Broadcasters Such as Bell and the CBC, Less Than 25% of Payments to Canadian Newspapers

As the witness portion of the Canadian Heritage committee hearing into the Online News Act (Bill C-18) comes to a premature end later this week (a hearing is planned with Heritage Minister Pablo Rodriguez and the CRTC, but remarkably Facebook, the CBC, and many experts will be blocked from appearing), new data from the Parliamentary Budget Office calls into question the claims of big benefits for Canadian newspapers. In fact, while the government has been anxious to cite the (questionable) PBO estimate that the bill will generate $329 million per year for Canadian news organizations, last week the PBO quietly released supplementary data that suggested it believes the vast majority of the money will actually go to the CBC, Bell, and other broadcasters. In fact, the supplementary data – posted with a link after the release of the PBO’s report – concludes that newspapers will receive less than 25% of the funding or about $81 million to split among hundreds of news outlets. 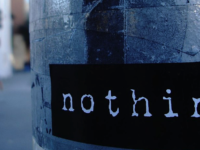 Government Funding For an Anti-Semite: They Knew For a Month. And Did Nothing.

The Laith Marouf/CMAC incident took another turn today as Globe and Mail has a report that the Prime Minister’s Office knew for a month that the government was funding an anti-semite as part of its anti-hate program. And it did nothing.

I have written previously about how calling out government ministerial silence on this issue led Liberal MP Chris Bittle to suggest I am racist and a bully. I have written about the shameful silence from virtually all but Jewish MPs, leading MP Anthony Housefather to call on all to speak out (I also discussed this with Housefather on a Law Bytes podcast). I have written about the embarrassing solitary Canadian Heritage hearing, in which Minister Ahmed Hussen was evasive in answering questions and the time for discussion with department officials was lost over an unnecessary hour-long debate over whether to call Canadian Heritage Minister Pablo Rodriguez to committee. 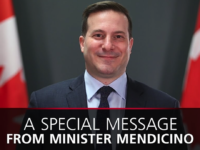 Earlier this year, Public Safety Minister Marco Mendicino introduced Bill C-26, new cyber-security legislation. The bill may address an issue that is widely regarded as essential, but once Canadian privacy and civil liberties had the opportunity to review the fine print in the bill, many came away concerned. Indeed, by September a coalition of groups and experts wrote to the Minister and party leaders, stating “Bill C-26 is deeply problematic and needs fixing”, warning that it risks undermining privacy rights.

Brenda McPhail, the Director of the Privacy, Technology and Surveillance Program at the Canadian Civil Liberties Association, led the effort to place Bill C-26 in the spotlight. She joins the Law Bytes podcast to discuss the bill and the myriad of concerns that it raises.