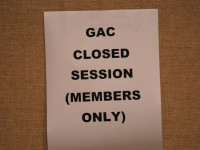 A simmering battle over governance of the Internet is set to take centre stage in California this week as the Internet Corporation for Assigned Names and Numbers (ICANN), a California-based non-profit corporation charged with the principal responsibility for maintaining the Internet’s domain name system, holds one of its regular meetings in Silicon Valley.

My weekly technology law column (Toronto Star version, homepage version) notes that since its creation in 1998, ICANN has faced a wide range of critics – Internet users frustrated at the lack of accountability, business groups concerned that the policy making process is too slow and uncertain, and governments wondering why matters related to the Internet are vested in a private organization and not an entity such as the United Nations.

Appeared in the Toronto Star on March 13, 2011 as Governments’ ominous thirst to control the web A simmering battle over governance of the Internet is set to take centre stage in California this week as the Internet Corporation for Assigned Names and Numbers (ICANN), a California-based non-profit corporation charged […]

The Canadian government has submitted to comments to the U.S. government on the continuing ICANN oversight.