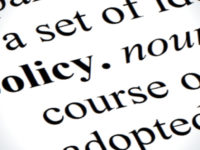 The federal government has announced that Chantal Bernier will take over as Interim Privacy Commissioner next week with the end of Jennifer Stoddart’s term. The government is currently advertising the position.

Copyright, U.S. lobbying, and the stunning backroom Canadian response gets front page news treatment today as the Toronto Star runs my story on new revelations on copyright from the U.S. cables released by Wikileaks. The cables reveal that former Industry Minister Maxime Bernier raised the possibility of leaking the copyright bill to U.S. officials before it was to be tabled it in the House of Commons, former Industry Minister Tony Clement’s director of policy Zoe Addington encouraged the U.S. to pressure Canada by elevating it on a piracy watch list, Privy Council Office official Ailish Johnson disclosed the content of ministerial mandate letters, and former RCMP national coordinator for intellectual property crime Andris Zarins advised the U.S. that the government was working on a separate intellectual property enforcement bill.

The disclosures are particularly relevant since Parliament is set to resume in several weeks with the reintroduction of a copyright reform bill slated to be one of the government’s top priorities. The bill is expected to mirror Bill C-32, the previous copyright package that died with the election in the spring.

The Hill Times turns itself over to copyright this week with no less than four articles and op-eds on the topic (including one from me revealing a secret meetings between CRIA and the Canadian Ambassador to the U.S. Michael Wilson).  The most important of article is a front page, lead […]