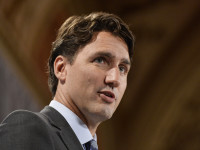 The Senate is expected to conclude its debate on Bill C-11 with a vote later today. Yesterday, Liberal Senators who heard testimony at the Banking, Trade and Commerce committee brought forward a motion for three amendments to the bill. Senator Wilfrid Moore raises several concerns during debate, but brought a […]

The Liberals gave the digital economy a prominent place in their election platform, identifying eight principles that included access to broadband for all Canadians, balanced copyright, open government, and support for an open Internet. Yesterday the party expanded on the policy by releasing Digital Canada and holding an online chat forum with Marc Garneau. The Digital Canada release reiterated many of the platform’s positions with one notable addition – a commitment to issue an open Internet directive to the CRTC. According to the Liberals, a Liberal government would “issue an Open Internet Directive to the CRTC opposing anti-competitive usage-based billing and ensure a fair, effective wholesale regime to allow smaller Internet service providers to lease broadband infrastructure at fair prices.”

Far more detail came in the online chat that I participated in as a commentator together with Open Media’s Steve Anderson. The discussion touched on a number of issues, but provided considerable detail on telecom, copyright, and privacy policy.

What To Do About Usage Based Billing: NDP & Liberal Positions Take Shape

The controversy over usage based billing has unsurprisingly spilled over into the election campaign with the national parties starting to provide some insight into their positions. All the parties were on record as opposing the CRTC’s decision on wholesale UBB before the election (and Industry Minister Tony Clement said he was unimpressed with Bell’s AVP proposal). The bigger question is what are they prepared to do about the issue. The Conservatives have not said much on the issue of late, but the NDP and Liberals have adopted some noteworthy positions.

The NDP was the only party to address retail UBB directly within its platform. The party has promised to ban the practice at the both the wholesale and retail level – “We will prohibit all forms of usage-based billing (UBB) by Internet Service Providers (ISPs)“.

The Liberals revealed their support for “functional separation” in an online chat on Canada’s digital future yesterday (I participated as a commentator). Open Media’s Steve Anderson had the following exchange with Liberal Marc Garneau:

The Liberals will be hosting an online discussion their digital policies today at 2:00 pm ET. Industry critic Marc Garneau will host the discussion and they’ve invited me and Steve Anderson from OpenMedia.ca to comment and post our own questions.