The Canadian government released a technical summary of the Canada – EU trade agreement (CETA) yesterday, which provides further details on the draft agreement (tabling a summary of the treaty is a strange exercise and the government needs to release the full text). Within the summary, there are some further details on the intellectual property issues that were not highlighted in the initial releases.

First, while the emphasis on cheese and the dairy industry has focused on increasing the amount of European cheese that can be sold in Canada, the agreement also contains some notable new restrictions on the sale and marketing of cheese in Canada more generally.  Under the umbrella of geographic indications protections, Canada has agreed to new limitations on several well known cheeses including asiago, feta, fontina, gorgonzola, and munster. Existing Canadian producers can continue to use these names, but that’s it – any future cheese makers will need to qualify the title by using words such as “imitation” or “style”. This is a significant concession that effectively gives rights to existing producers on what many consumers would view as generic names.

Is Bell’s Plan to Monitor and Profile Canadians Legal?

Last week, Bell announced plans to implement new consumer monitoring and profiling practices that would greatly expand how it uses the information it collects on millions of subscribers. The planned scope of Bell’s profiling is unprecedented in Canada, reflecting the power of a vertically-integrated media giant to effortlessly track their customers’ location, media habits, search activity, website interests, and application usage.

My weekly technology law column (Toronto Star version, homepage version) notes the Bell plan generated a significant public backlash with the Privacy Commissioner of Canada launching an immediate investigation. Yet the company steadfastly defended its plans, saying that users are supportive of the new policy and maintaining that it is fully compliant with Canadian law.

Is Bell’s Plan to Monitor and Profile Canadians Legal?

Appeared in the Toronto Star on October 26, 2013 as Is Bell’s Plan to Monitor and Profile Canadians Legal? Last week, Bell announced plans to implement new consumer monitoring and profiling practices that would greatly expand how it uses the information it collects on millions of subscribers. The planned scope […] 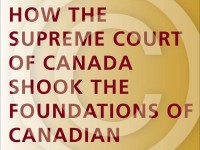 Readers of this blog will know that earlier this year the University of Ottawa Press published The Copyright Pentalogy: How the Supreme Court of Canada Shook the Foundations of Canadian Copyright Law, an effort by many of Canada’s leading copyright scholars to begin the process of examining the long-term implications […]

The power of the Internet to shake up well-established industries has become a common theme in recent years as many businesses struggle to compete with new entrants and technologies. While it has captured limited attention outside of educational circles, the Internet has facilitated the emergence of open access publishing of research, transforming the multi-billion dollar academic publishing industry and making millions of articles freely accessible to a global audience.

My weekly technology law column (Toronto Star version, homepage version) notes that “Open Access Week”, which is used by supporters to raise awareness of the benefits of open publishing, is being marked at university campuses around the world this week just as a Canadian study confirmed a global open access tipping point and Canada’s major research funding agencies prepare to mandate open access publishing for grant recipients across the country.