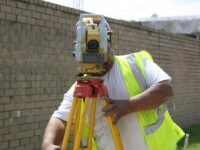 The Supreme Court of Canada today released its decision in Keatley Surveying v. Teranet, a case that involves the application of the Copyright Act’s crown copyright provision to land surveys registered or deposited in provincial land survey offices. The Government of Ontario argued that crown copyright applies to the surveys. The surveyors argued that it did not and were seeking compensation for their inclusion in a database service run by Teranet under licence from the province. The court ruled in favour of the province, concluding that the surveys are covered by current crown copyright provision.

I’ll address the challenges with that decision in an upcoming post, though it is clear that the majority decision written by Justice Abella is open to legislative reform: