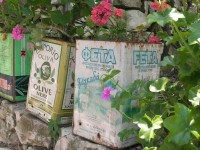 The TPP IP Chapter Leaks: TPP and CETA May Conflict on Geographical Indications

My series of posts on the leak of the Trans Pacific Partnership intellectual property chapter has highlighted Canada’s opposition to many U.S. proposals, U.S. demands for Internet provider liability that could lead to subscriber termination, content blocking, and ISP monitoring, as well as anti-counterfeiting provisions that are inconsistent with Bill C-8. This post discusses the section on protection for geographical indications and explains how U.S. demands conflict with Canada has already agreed to in the trade agreement with Europe (CETA).

The Canadian government released a technical summary of the Canada – EU trade agreement (CETA) yesterday, which provides further details on the draft agreement (tabling a summary of the treaty is a strange exercise and the government needs to release the full text). Within the summary, there are some further details on the intellectual property issues that were not highlighted in the initial releases.

First, while the emphasis on cheese and the dairy industry has focused on increasing the amount of European cheese that can be sold in Canada, the agreement also contains some notable new restrictions on the sale and marketing of cheese in Canada more generally.  Under the umbrella of geographic indications protections, Canada has agreed to new limitations on several well known cheeses including asiago, feta, fontina, gorgonzola, and munster. Existing Canadian producers can continue to use these names, but that’s it – any future cheese makers will need to qualify the title by using words such as “imitation” or “style”. This is a significant concession that effectively gives rights to existing producers on what many consumers would view as generic names.

EU Assures that CETA Does Not Contain ACTA Copyright Rules

While the Canadian government provided few details on the copyright rules in the Canada – EU Trade Agreement (largely emphasizing that CETA is consistent with recent copyright reforms), the European Commission posted an updated fact sheet on the issue. The European document focuses on the Anti-Counterfeiting Trade Agreement, providing assurances that CETA does not contain ACTA provisions with respect to Internet providers or criminal copyright provisions. The document, which appears to be a re-release of a year-old document, states:

As noted in another post on the CETA intellectual property provisions, one of the key elements in the deal from a European perspective was patent term restoration, which effectively allows the large pharmaceutical companies to extend the term of their patents (additional posts on the need to release the draft text and the telecom and e-commerce provisions). The change will delay the entry of generic alternatives and, as acknowledged by Prime Minister Stephen Harper, will raise health care costs across the country (estimates run into the billions). In fact, the Ontario government has already indicated that it may seek compensation (or “mitigate the impact”) for the additional costs.

Ironically, the CETA deal comes just as the government’s Patented Medicines Prices Review Board issued its annual report that shows that the major pharmaceutical companies spending to sales ratio continues a decade-long decline, hitting its lowest level since the last time the Canadian government caved to pressure for patent reforms. According to the PMPRB released data (which is gathered from the companies themselves), the  R&D-to-sales ratio for members of Rx&D (the lead pharma lobby) was 6.6% in 2012, down from 6.7% in 2012. The Rx&D ratio has now been less than 10% for the past ten consecutive years and is approaching its lowest level since tracking began in 1988.  From a global perspective, Canada fares very poorly, ranking ahead of only Italy with countries such as France, Germany, Sweden, Switzerland, the U.K., and U.S. all seeing greater expenditures.

Without the CETA text, it is very difficult to assess many of the purported benefits of the draft agreement (additional posts on the need to release the text, the IP provisions, and the big win for pharmaceutical companies despite declining Canadian investment in research and development).  Consider the benefits for telecommunications and electronic commerce discussed in the government’s summary document.  On electronic commerce, the government states:

Businesses engaged in electronic commerce will benefit from greater certainty, confidence and
protection.
Twenty years ago, electronic commerce was in its infancy. Today, electronic commerce is a part of our daily lives. Canadians shop and plan holidays online, and buy and download software and entertainment content, including movies, television and music. Advertisers are making increased use of â€œsmart advertisingâ€ on the Web to track our shopping habits and promote specific deals likely to interest us.