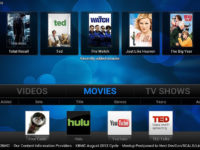 Canadian Heritage: Why Statutory Damages Do Not Belong in Bill C-11’s “Enabler” Provision

The “enabler provision” has emerged as one of the major demands by copyright lobby groups, who want to see significant expansion of the current provision by including SOPA-style reforms that could target sites such as Youtube. In fact, the music industry has gone even further with demands that could create liability risk for social networking sites, search engines, blogging platforms, video sites, and many other websites featuring third party contributions. Jason Kee of the Entertainment Software Association of Canada argues that unless the enabler provision is expanded “the provision is useless.” All of these demands come despite the fact that the industry is using existing law to sue isoHunt for millions of dollars under current copyright law.

In addition to expanding the provision, the same groups want to add statutory damages to the mix (the music industry recently argued that statutory damages should be unlimited). Yet a June 2010 letter to SOCAN from Canadian Heritage Minister James Moore’s department indicates it is opposed to the change since it stems from a lack of understanding about how statutory damages work. The letter states:

The Wire Report reports (sub required) that Google and Yahoo are concerned with the “enabler” provision in Bill C-32.  The provision is designed to target sites that facilitate but the search engines fear it could have unintended consequences.