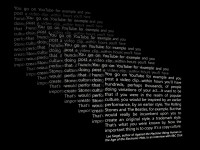 The Entertainment Software Association has applauded the RCMP for its work in targeting infringing activities at the Pacific Mall, just north of Toronto.  The actions come despite repeated unfounded claims that Canada is a "piracy haven."

Earlier this week, I wrote about the mounting lobbyist pressure to water down Bill C-27, Canada's anti-spam bill.  The pressure in recent hearings has been intense – Amazon was generally supportive of the bill but still sought an implied consent for existing customers for five to seven years (in other words, seven years to simply ask if the customer wants to receive future emails), the Entertainment Software Association and the Canadian Intellectual Property Council teamed up to warn that the bill would put Canada at a competitive disadvantage, and the Canadian Bankers Association called on the Industry Committee to completely gut the bill by dropping opt-in consent and the private right of action provisions.

Yesterday I attended the last committee meeting before clause-by-clause review as government officials appeared to propose reforms and address committee concerns.  The meeting showed the lobbying efforts are bearing fruit as officials proposed 40 changes to the bill.  While some are technical, there are several significant suggested reforms.  Moreover, the lobbying continued, as Liberal and Bloc MPs appeared to work actively to raise lobbyist issues.

First, the proposed reforms, which include:

Geczy’s Open Letter to the Entertainment Software Association of Canada

George Geczy, owner of Battlegoat Studios, an independent game software developer, with an open letter to the Entertainment Software Association of Canada on copyright reform.

Danielle Parr, executive director of the Entertainment Software Association of Canada, posts an op-ed in the Georgia Straight calling for strong anti-circumvention legislation.