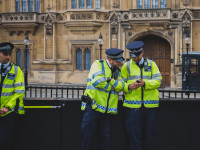 The Supreme Court of Canada has granted leave to appeal in the Fearon case, which involved an Ontario Court of Appeal decision permitting a police search of a cellphone that was not password protected or locked during the course of an arrest. I referenced the case in a brief post […]

In a surprising and troubling decision, the Ontario Court of Appeal has permitted a police search of a cellphone that was not password protected or locked during the course of an arrest.  The court found that the police had a reasonable belief that the phone might contain relevant evidence and […]