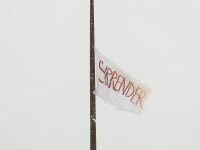 The Wire Report reports (sub req) that documents obtained under Access to Information reveal that Canadian Heritage department officials questioned CRTC data on the fee-for-carriage issue last year.  The report indicates “the CRTC does not always present the data in a complete manner” and that it appears to exaggerate the […]

My weekly technology law column (Toronto Star version, homepage version) takes a look back at last week's CRTC broadcast policy decision and report on the consumer impact.  The piece covers much the same terrain as two blog posts on the same issue.  I note that after months of intense lobbying and marketing that pitted broadcasters ("Local TV Matters") against cable and satellite companies ("Stop the TV Tax"), the Canadian Radio-television and Telecommunications Commission weighed in last week with its much-anticipated broadcasting regulatory policy decision.

McGrath on the CRTC Decisions

Denis McGrath posts an insightful analysis of this week's CRTC broadcast policy decisions, accounting for a broad range of perspectives.

The Commission conclusion amounts to an acknowledgement that prices will go up, but it believes that Canadians will continue to pay based on past experience of steady price increases imposed by cable and satellite companies.  It states: