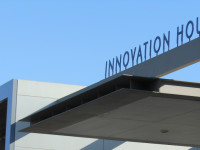 Why an Australian Study Could Provide Canada with an Innovation Roadmap

From the moment that the Liberal government renamed Industry Canada as Innovation, Science, and Economic Development it sent a clear signal that innovation is a top policy priority. Indeed, in recent months Minister Navdeep Bains has repeatedly called for bold policies focused on addressing Canada’s dismal innovation record.

My weekly technology law column (Toronto Star version, homepage version) notes that while the specifics of the Canadian innovation policy have yet to be revealed, a recent Australian government backed study provides a potential roadmap. The Australian Productivity Commission, which functions as an independent “think tank” for the government, released a 600 page draft report in April that proposes a myriad of changes to its intellectual property system.

The government asked the Commission to report back on whether the current legal frameworks “ensure that the intellectual property system provides appropriate incentives for innovation, investment and the production of creative works while ensuring it does not unreasonably impede further innovation, competition, investment and access to goods and services.” The result is a comprehensive report based on hundreds of submissions and consultations representing a broad range of views. 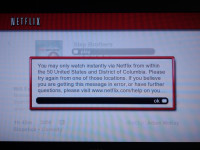 Geo-Blocking Sites a Business Rather Than Legal Issue

The Internet was once viewed as a “borderless” world that had little regard for the physical location of users.  That sentiment likely seems outdated today to many Canadian Internet users who have grown accustomed to clicking on links for audio or video services only to be advised that the content, site or service is not available in their area.

My weekly technology law column (Toronto Star version, homepage version) notes that “geo-blocking” has become standard practice among broadcasters, sports leagues, and music services that use technologies to identify the likely location of an Internet user in real-time and block the content in some circumstances.  From World Cup broadcasts to Hulu.com (a popular U.S. video site) to Spotify (a European music service), Canadians often find themselves unable to access content and unsure who is to blame.

While some have misleadingly suggested that outdated laws are the reason behind the blocking, the reality is that geo-blocking is invariably a business issue, not a legal one.  Indeed, geo-blocking occurs worldwide – U.S. residents are similarly unable to use Spotify and are blocked from accessing the CBC’s streaming coverage of the World Cup. Rather than a reaction to older laws, the geo-blocking approach is actually an attempt to preserve an older business model, namely content licencing on a country-by-country or market-by-market approach [note that I say older, not outdated – territorial licencing obviously makes financial sense in some situations].

â€˜Geo-blocking’ Websites is a Business Rather than Legal Issue

Appeared in the Toronto Star on July 5, 2010 as ‘Geo-blocking’ Websites is a Business Rather than Legal Issue The Internet was once viewed as a "borderless" world that had little regard for the physical location of users.  That sentiment likely seems outdated today to many Canadian Internet users who […]

Fascinating discussion at the CRTC New Media hearing with Sirius Canada satellite radio this morning, focusing on the threat from Internet radio.  While acknowledging that it was unlikely to be accepted as a solution, its dream approach would be mandated geo-blocking of Internet radio that does not comply with Canadian […]