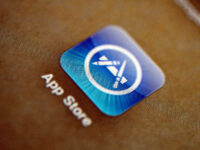 Earlier tonight, I posted on the government’s attack on freedom of expression with its astonishing plans to regulate all user generated content posted to sites such as Youtube, Instagram, TikTok, and Twitter. But the danger doesn’t stop there. For months, the government insisted that it was not going to regulate video games as part of Bill C-10.  In fact, Canadian Heritage Minister Steven Guilbeault told the House of Commons:

Bear in mind that we are imposing a number of guardrails. As I said earlier, user-generated content, news content and video games would not be subject to the new regulations.

It turns out none of this is accurate. I’ve blogged about how news is caught by the legislation and the Heritage committee just eliminated the guardrail on user generated content. Now it appears that the government plans to introduce a motion to bring apps under the scope of CRTC regulation.