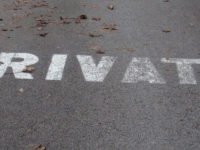 The House of Commons engaged in active debate on privacy this week, spurred by an NDP motion from MP Charmaine Borg. The motion reads:

That, in the opinion of the House, the government should follow the advice of the Privacy Commissioner and make public the number of warrantless disclosures made by telecommunications companies at the request of federal departments and agencies; and immediately close the loophole that has allowed the indiscriminate disclosure of the personal information of law-abiding Canadians without a warrant.

The government voted down the motion on Tuesday, but the Monday debate provided new insights into the government’s thinking on privacy. Unfortunately, most of its responses to concerns about warrantless disclosures were either wrong or misleading. In particular, Steven Blaney, the Minister of Public Safety, raised at least four issues in his opening response that do not withstand closer scrutiny.

On the same day that revelations about CSEC spying on the Brazilian government for economic purposes generated headlines around the world, the Canadian government rejected the proposed acquisition of MTS Allstream’s Allstream division by Accelero Capital Holdings, a company co-founded by Naguib Sawiris, an Egyptian billionaire who first captured Canadian […]

Public Safety Shuffle Could Allow for an Internet Surveillance Restart

Appeared in the Toronto Star on August 19, 2012 as Public Safety Shuffle Could Allow for an Internet Surveillance Restart  Sometime in the next few weeks, Public Safety Minister Vic Toews is expected to be appointed to the Manitoba Court of Appeal. The Toews appointment is among the worst kept […]

For the second time this year, Public Safety Minister Vic Toews has found himself at the centre of a major privacy backlash. In February, Toews was the lead on Bill C-30, the Internet surveillance legislation that sparked a huge public outcry that forced the government to shelve the bill within ten days. While Toews maintains the legislation will return (and implausibly argues that it could have assisted in the Magnotta investigation), it hasn’t moved in months.

The toxic connection between Toews and privacy escalated over the weekend with a report that Canada Border Services has installed surveillance equipment in the Ottawa airport that will allow for eavesdropping on traveller conversations. The report led to immediate questions in the House of Commons with Toews defending the practices and even revealing that the eavesdropping activities may be more extensive than initially reported. A day later, Toews was backtracking, announcing that the eavesdropping plans were on hold pending a review from the Privacy Commissioner of Canada.

That’s a start (the federal commissioner’s office expressed concern that no privacy impact assessment (PIA) has been filed), but frankly it isn’t nearly good enough to address the privacy concerns associated with this issue.