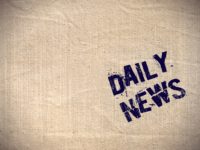 Having examined the importance of fair dealing for creators and freedom of expression, the fair dealing week posts continue with fair dealing and its support for news reporting and public debate. In recent months, some news organizations have taken aim at fair dealing, arguing that it is a detriment to […]

An appeal has been filed in the Warman v. Fournier, a notable federal court copyright case that addressed liability for linking and insubstantial copying. I wrote about the earlier decision here.

The Ontario Superior Court of Justice has issued its appellate decision on whether the owners of the Free Dominion website can be ordered to disclose the identities of several anonymous posters accused of defamation. The original order covered email and IP addresses.  On appeal, the Canadian Civil Liberties Association and CIPPIC intervened to argue that the court should take free speech and privacy rights into consideration when assessing whether an order is appropriate.

Relying heavily on the Sony BMG v. Doe case (the file sharing lawsuit that CRIA now denies exists), the court notes that it "illustrates that a court must have regard to the privacy interests of anonymous users of the Internet before granting a Norwich Phramacal order, even where the issue involved pertains to property rights and does not engage the interest of freedom of expression."