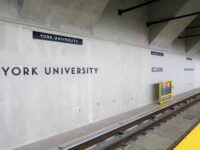 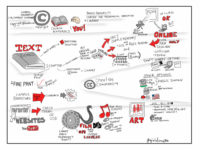 Why Fair Dealing is Not Destroying Canadian Publishing

While the copyright world waits for the likely appeal of the Access Copyright v. York University federal court decision (my post on the fair dealing legal errors, Ariel Katz on tariff legal errors), Canadian universities have begun to respond to the decision with many remaining committed to a reasonable policy based on licensing, open access, and fair dealing. Rather than a free-for-all, these approaches include spending hundreds of millions of dollars for access to thousands of copyright works.

This week, Intellectual Property Watch posted a longer piece of mine based on several recent posts and articles. It digs into the data, unpacking the realities behind revenues, guidelines, licensing, and emerging alternatives. The post begins: 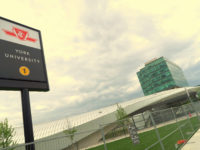 For the past 13 years, Canadian copyright jurisprudence has followed a consistent trajectory. Starting with the Supreme Court of Canada’s CCH decision in 2004, Canadian courts and tribunals have affirmed the need for balance in copyright and the importance of user’s rights. That approach has been particularly evident in fair dealing cases. Much to the dismay of Access Copyright, from the Supreme Court’s 2012 copyright pentalogy cases (including Alberta v. Access Copyright and SOCAN v. Bell) to the Copyright Board’s rulings on copying in K-12 schools and governments to the Federal Court of Appeal (upholding the Copyright Board’s decisions), the courts have upheld the need for balance and a broad, liberal approach to fair dealing.

Yesterday, however, five years to the day of the release of the Supreme Court’s copyright pentalogy, Access Copyright found a willing taker for its legal arguments. Judge Michael Phelan of the Federal Court of Canada delivered a complete victory for the copyright collective, rejecting York University’s fair dealing approach and concluding that an interim tariff is mandatory and enforceable against the university. The immediate implications of the decision are significant: royalty payments to Access Copyright (that will likely be kept in escrow pending any appeals) and the prospect of other universities re-thinking their current copyright policies. The decision will also have an effect on the copyright review scheduled for later this year. With the court’s decision, there will be little reason to revisit the inclusion of the “education” purpose in fair dealing as it had no discernible impact on the court’s legal analysis.

The Canadian Library Association issued a statement late last week on the Access Copyright lawsuit filed against York University, urging it to abandon the lawsuit and pointing to several legal concerns.

Months after the Supreme Court of Canada delivered a stinging defeat to Access Copyright by ruling for an expansive approach to fair dealing and the government passed copyright reforms that further expanded the scope of fair dealing, the copyright collective responded yesterday with what amounts to a desperate declaration of war against fair dealing. In the aftermath of the court decisions and legislative reforms, a consensus emerged within the Canadian education community on the scope of fair dealing. The fair dealing policies used guidance from the Supreme Court to establish clear limits on copying and eliminate claims that the law was now a free-for-all.  In developing those fair dealing policies, however, many institutions no longer saw much value in the Access Copyright licence.

Access Copyright has decided to fight the law – along with governments, educational institutions, teachers, librarians, and taxpayers – on several fronts. It has filed for an interim tariff with the Copyright Board in an effort to stop K-12 schools from opting out of its licence and it has filed a proposed post-secondary tariff that would run well after most Canadian schools will have opted out of its licence. Most notably, it has filed a lawsuit against York University over its fair dealing guidelines, which are similar to those adopted by educational institutions across the country. While the lawsuit has yet to be posted online [Update: Statement of Claim posted here], the Access Copyright release suggests that the suit is not alleging specific instances of infringement, but rather takes issue with guidelines it says are “arbitrary and unsupported” and that “authorize and encourage copying that is not supported by the law.”

Most of Access Copyright’s longstanding arguments were dismissed by the Supreme Court this past summer.