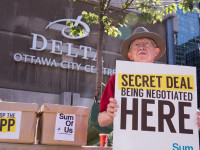 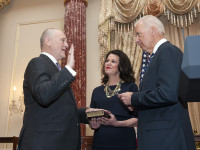 The Standing Committee on Industry, Science and Technology held its clause-by-clause review of Bill C-8, the anti-counterfeiting bill yesterday. I appeared before the committee last month to express concerns about some lobbyist demands for reforms, including removing the exception for personal goods of travelers, the inclusion of statutory damages for trademark infringement, and targeting in-transit shipments.

While the committee did not complete the review of the bill – it will resume on Wednesday – the surprise of the day involved Liberal MP Judy Sgro proposing that the government remove the exception for personal travelers. Given that personal use exceptions are even included in the Anti-Counterfeiting Trade Agreement, it is shocking to see any party proposing their removal, which would result in longer delays at the border and increased searches of individual travelers. The proposal failed since it was rejected by both the Conservatives and NDP, with the NDP noting that “this was one of the important provisions that brought some balance to the bill.”

The leak of the Trans Pacific Partnership intellectual property chapter confirms that the many concerns about the agreement were well-founded. My earlier posts highlighted Canada’s opposition to many U.S. proposals and U.S. demands for Internet provider liability that could lead to subscriber termination, content blocking, and ISP monitoring. This post focuses on some of the anti-counterfeiting requirements in the TPP.  The anti-counterfeiting issue is particularly relevant from a Canadian perspective because the government has proposed significant new anti-counterfeiting measures in Bill C-8, which is currently at second reading in the House of Commons and being studied by the Industry Committee. If the U.S. border measures demands are included in the TPP, Bill C-8 would be wholly inadequate to meet Canada’s new treaty obligations.