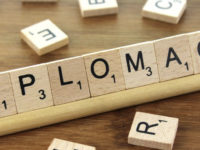 Canadian Copyright Diplomacy: My Appearance before the Senate Standing Committee on Foreign Affairs

Last week, I appeared before the Senate Standing Committee on Foreign Affairs as part of its study on the impact and utilization of culture and arts in foreign policy and diplomacy. I was asked to consider the impact of Canadian copyright in foreign diplomacy, leading to an interesting and engaging discussion that touched on everything from the changes to the IP provisions in the TPP to the legality of streaming services. My opening remarks, which emphasized the potential for Canada to engage in copyright diplomacy by serving as model for other countries, is posted below. 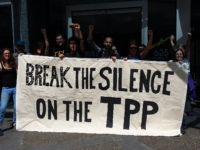 Canadian Heritage Minister Melanie Joly heads to UNESCO this week where, according to the Globe and Mail, she will be focused on making the case for a common approach on mandatory cultural contributions from companies such as Netflix. Joly states:

I’ve always said we are ready to have conversations with those companies and those platforms. We are already engaged with them, and will continue to do so. But on a general level, it is obvious that the more we are able to have a concerted approach among countries on this issue, the better we will be able to make sure it is a priority.

Joly’s goal would appear to be to develop a universal position at UNESCO that countries could then leverage to force companies such as Netflix to comply with local content regulations. I’m quoted in the article to the effect that efforts to harmonize sales taxes on digital services makes sense at a global level, but targeting companies like Netflix with new regulations or tinkering with the Internet in violation of fundamental net neutrality principles does not.