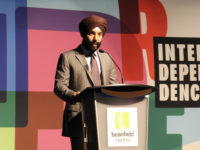 Debating the State of Canadian Wireless Competition: The Present Isn’t So Friendly

Last week, I posted what I thought was a lengthy post on the state of Canadian wireless competition (and followed that with a condensed version in a column). This week, Telus’ Craig McTaggart showed what a long post actually looks like as he issued a 42 page response to my post as well as recent posts by Peter Nowak (here and here) and Open Media. While I won’t address everything in McTaggart’s post – Nowak responds here and Open Media can address the issues focused on their writing if they wish – a few responses are in order.

McTaggart is clearly passionate about these issues, going so far as to suggest that claims that Canada’s wireless market is uncompetitive is an “insult to TELUS’ team members.” Yet while he decries the use of older data, confusion of different issues, and cherry picking some statistics, he proceeds to do exactly that in his response. In fact, the oldest data I’ve seen in the myriad of recent posts on these issues can be found in McTaggart’s response as he relies 2005 data to argue that Canadians use their wireless devices more than most people in the world (page 16).

McTaggart starts his commentary on my post on page 11, going through each of my ten points. I’ll follow the same format:

Jesse Brown comments on the state of wireless competition, focusing on the barriers to foreign investment.