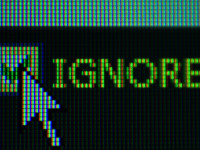 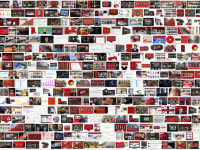 CRTC vs. Netflix: Has Canada’s Broadcast Regulator Started a Fight It Can’t Win?

Canadian regulatory hearings are usually relatively predictable affairs with scripted presentations and well-rehearsed speaking lines to most questions. During the recent two-week Canadian Radio-television and Telecommunications Commission hearing on the future of television regulation (dubbed “TalkTV” by the CRTC), Chair Jean-Pierre Blais expressed frustration on several occasions with the unwillingness of witnesses to veer much beyond their prepared notes.

My weekly technology law column (Toronto Star version, homepage version) notes that changed on the final day of the hearing, though it was Blais that seemingly departed from the script. Netflix, the online video giant that popped up in virtually every discussion, was one of the last witnesses on the schedule. The company had submitted comments to the CRTC consultation over the summer, but had not asked for an opportunity to appear before the Commission.

After the CRTC requested that it come to Gatineau to answer questions, the company came prepared to discuss the development of its business, but chafed at the prospect of disclosing confidential information such as subscriber numbers and spending on Canadian content. Blais took great umbrage at its reluctance to disclose the information, ultimately ordering the company to comply with the information request and implying that failure to do so could result in new regulation.

CRTC vs. Netflix: Has Canada’s Broadcast Regulator Started a Fight It Can’t Win

Appeared in the Toronto Star on September 27, 2014 as CRTC vs. Netflix: Has Canada’s Broadcast Regulator Started a Fight It Can’t Win? Canadian regulatory hearings are usually relatively predictable affairs with scripted presentations and well-rehearsed speaking lines to most questions. During the recent two-week Canadian Radio-television and Telecommunications Commission […] 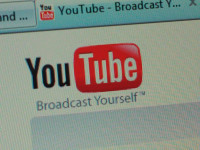 Does the CRTC Have the Power Regulate Online Video?: Internet Companies Set to Challenge Its Authority

Last week’s very public fight between the CRTC and Netflix escalated on Monday as Netflix refused to comply with Commission’s order to supply certain confidential information including subscriber numbers and expenditures on Canadian children’s content. While the disclosure concerns revolve around the confidentiality of the data, the far bigger issue is now whether the CRTC has the legal authority to order it to do anything at all.  The response from Netflix states:

The Responses are filed voluntarily by Netflix to assist the Commission in this proceeding. The Responses are based solely on a review of the video archive of Netflix’s appearance on the CPAC web site, in view of the fact that the transcript from the hearing was not available.
The filing of the Responses is not an acknowledgment of or attornment to either the jurisdiction of the Commission by Netflix, or the substantive application of Canadian law (including the provisions of the Broadcasting Act) to Netflix. The Responses are filed strictly without prejudice to any future positions that Netflix may take.