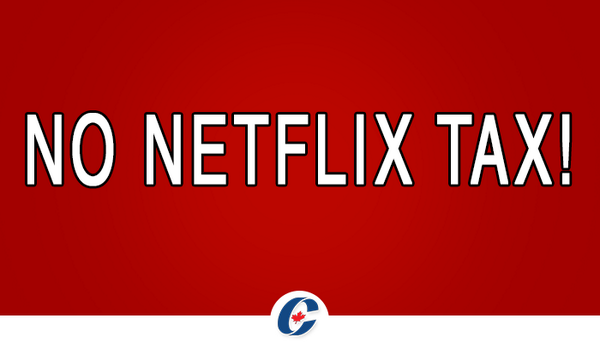 The CBC’s recommendation is strikingly similar to the Government of Ontario as it is also supportive of new regulations requiring payments from online video providers:

the Corporation is of the view that over-the-top (OTT) services with annual Canadian revenues over a specific threshold (e.g. $25 million) should be required to contribute to the Canadian Media Fund (CMF) for the production of Canadian programming.  These services benefit from other aspects of the Canadian regulatory regime – such as the generally applicable and extremely important protection provided by net neutrality – and they should not expect to enjoy these benefits without taking on the obligations borne by regulated services.  Given that video-on-demand (VOD) services pay 5% of revenues to support Canadian programming, this would appear to be an appropriate contribution level for unregulated OTT services.

The Directors’ Guild of Canada does not want to wait for any further evidence, arguing the CRTC can regulate now:

Currently, the CRTC exempts online broadcasting activities from licensing and regulation, though surely it is time to revisit this exemption. There is no need to wait for a finding that over-the-top (OTT) broadcasting is having a profound negative effect on the regulated sector to bring OTT providers into the fold of the Act. As section 3(1)(e) of the Act states, “each element of the Canadian broadcasting system shall contribute in an appropriate manner to the creation and presentation of Canadian programming”. It is time OTT providers, both foreign and domestic, were making such a contribution.

we submit that it is now appropriate to extend Canadian programming funding obligations to other broadcasting services which, to this point, have been exempt from such obligations but which have increased in their importance and impact. Specifically, we submit that the New Media Exemption Order (“NMEO”), which encompasses most if not all of the newer and emerging broadcasting services – including broadcasters’ online content portals, TV Everywhere offerings and OTT SVOD services like the forthcoming Rogers “ShowMi” service and Netflix – should be amended by adding a Canadian program funding obligation.

ACTRA is also onside with regulation:

As a result of the New Media Exemption Order, online or OTT broadcasters have no regulatory obligations to contribute toward realizing Canada’s broadcasting policy objectives as established by the Act.  As noted above, our position is that the Commission should revoke the Exemption Order for online BDUs and require them to begin contributing to the independent production funds that help fuel Canadian content creation.

While the government has removed any doubt about the possibility of a “Netflix tax” under its watch, the CRTC is expected to hear from many groups that will nevertheless seek new regulation and payments.