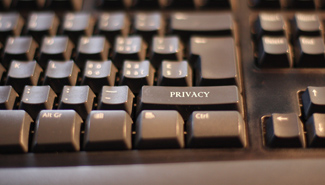 The upshot of the lawful access legislation and the court ruling is that Canada’s leading telecom and Internet companies reversed longstanding policies that granted warrantless access to basic subscriber information. Police can now rely on several new warrants to gain access to some information (including “metadata” that can reveal extensive information about the who, when and where of Internet and phone communications), but companies are typically refusing to disclose basic subscriber information without a warrant.

Despite an internal RCMP survey that concluded that the new requirements have had “no significant negative effects”, the tougher privacy standards have been under steady threat. Some lower courts have sought to distinguish the Supreme Court ruling and allow for access to subscriber information without a warrant.

Meanwhile, law enforcement officials and government policy makers have quietly been working on a proposal to allow for real-time access to basic subscriber information. The Canadian Association of Chiefs of Police (CACP) revealed at its August annual conference that officials have partnered with the government to develop a “reasonable law” in response to the Spencer decision.

The government has not commented on details on the proposed reforms, but the CACP document indicates that there are three possibilities currently under consideration. These include an administrative, non-judicial system that would allow for warrantless access without judicial oversight, a new judicial order that would ensure that courts oversee disclosure, or a combination of a new order that could be issued by an administrative body.

The differences between the proposals sound technical, but at their heart raise the question of whether the government will support access to subscriber information without a warrant and court oversight.

The CACP indicates that the next scheduled meeting to discuss the issue is planned for November 2015, weeks after the end of the election campaign. In other words, this election could determine the future path of Canadian law on access to subscriber information.

None of the major political parties have yet taken a public position on the issue. In fact, the Conservatives steadfastly refused to disclose how the Department of Justice was responding to the Spencer decision, regularly claiming to be “studying” the ruling.

The issue requires answers to two questions. First, do the parties support the Supreme Court’s Spencer decision and the notion of a reasonable expectation of privacy in subscriber information such that a warrant is required for its disclosure? Second, how, if at all, do the parties propose to amend the law to allow for enhanced access to subscriber information for law enforcement?

The answers to those two questions will go a long way to determining the privacy protection enjoyed by Canadian Internet users and the current election campaign may be the best time to get each party to put its position on the public record.