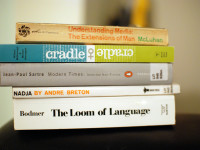 The New Zealand government posted the official Trans Pacific Partnership text today after years secret negotiations and occasional leaks of the text. It is an enormous deal with dozens of side letters between countries – Canada alone has eight side letters on intellectual property with seven TPP countries – that will require considerable study.

From a copyright perspective, the TPP IP chapter leaked soon after the deal was concluded and the chapter looks largely consistent with that document. There is a notable change involving the Internet provider and host takedown rules, however. I earlier blogged that the chapter included a takedown provision not found in Canadian law that would have required blocking content based on being made aware of a court order finding infringement. I noted that the provision would have allowed decisions from other countries to effectively overrule Canadian law. The released text has been amended to limit the provision to domestic court rulings ensuring that only Canadian court rulings would apply. This is a positive change that better reflects current law. It does point to the danger of negotiating in secret, where potential concerns go unaddressed without the opportunity for expert review. Given the size of the deal, it seems likely that there will be many more instances of poorly drafted provisions that raise unintended consequences.