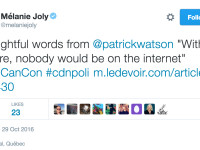 No Minister Joly, The Internet Is Much More Than Just Movies, TV and Music

Canadian Heritage Minister Melanie Joly hosted a public meeting in Montreal last week as part of her consultation on Canadian content in the digital world. The media reports from the event included a focus on comments from musician Patrick Watson, who is quoted as saying that no one would be on the Internet if there were no movies, television or music. Reports indicate that the comment generated support in the room and from Joly.  In fact, hours later, Joly tweeted out “thoughtful words from @patrickwatson ‘without culture, nobody would be on the Internet'”.

If that really represents Minister Joly’s worldview on the Internet, there should be little doubt that an Internet tax will play a key role in her future plans. Claims that no one would be on the Internet without culture is demonstrably false, but it is consistent with the argument that Internet service providers and Internet companies owe their revenues to the cultural content accessed by subscribers and they should therefore be required to contribute to the system much like broadcasters and broadcast distributors. 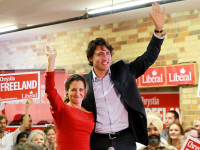 International Trade Minister Chrystia Freeland has faced a challenging week given the possible collapse of the trade agreement between Canada and the European Union. Freeland and the Liberal government have worked hard to get CETA to the finish line with some changes to the investor – state dispute settlement rules (the rules should be dropped altogether) and frequent travel across Europe to garner support for the deal.

Back at home, the reaction to the CETA problems from the Conservative opposition has been embarrassing. Trade critic Gerry Ritz criticized Freeland, speaking of the need for adult supervision and calling on the government to get the job done. Freeland rightly called him out on the comments, but she could have also noted that the record suggests that it is the Conservatives that failed to get the job done on CETA. In April 2010, the Conservative government said it would be finished in 2011. In 2011, reports said it would be done in 2012. In October 2012, the projection was a deal by year-end. It took until the fall of 2013 for a ceremony marking an “agreement-in-principle”. That too proved to be premature as there was another event celebrating an official draft in 2014 followed by more legal drafting and the renegotiation of controversial ISDS provisions that led to the release of another text earlier this year. In other words, Freeland inherited far less than advertised on CETA and the Conservatives might not want to remind the public that their biggest trade accomplishment never actually involved a signed, final text.

The Ritz remarks have attracted attention, but comments yesterday from Prime Minister Justin Trudeau may have a longer and more damaging impact on Freeland. 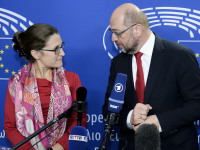 The Devil is in the Details: Why CETA is on the Verge of Collapse

The seeming collapse of the trade agreement between Canada and the European Union (CETA) has created obvious disappointment for International Trade Minister Chrystia Freeland and the entire Canadian government, which made the deal as its top trade issue. Efforts to salvage CETA will undoubtedly continue, but my Globe and Mail column points out that the underlying problem with the agreement is not the complicated European political system that requires support from all member states.

Rather, it is the expansion of trade negotiations from agreements that once focused primarily on tariff reductions to far broader regulatory documents that now mandate domestic legal reforms and establish dispute resolution systems that can be result in huge liability for national governments. This enlarged approach to trade deals, which can also be found in the controversial Trans Pacific Partnership (TPP), run the risk of surrendering domestic policy choices to other countries or dispute tribunals.

If CETA were limited to tariff reductions, it would be relatively uncontroversial. The discomfort with the agreement lies instead in the mandated changes to domestic regulations and the creation of investor – state dispute settlement mechanisms that may prioritize corporate concerns over local rules. 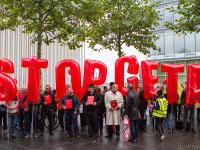 CETA Talks Break Down: “It is Evident that the EU Is Incapable of Reaching an Agreement”

Leaving aside the odd reference to how nice Canada is, this is remarkable language that lays bare the obvious frustration and disappointment for the government which prioritized the CETA agreement above all others. The prospect of the deal falling apart has been evident for months. I wrote in July that the agreement was in more trouble than the Canadian government would admit, noting that opposition from any national or regional government could kill CETA altogether. Canadian officials downplayed the risk, but it was obvious that CETA faced stiff opposition that would not be easy to overcome. 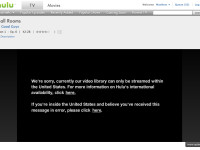 Beyond a Netflix Tax: Why Melanie Joly’s Comments Point to Regulation of Internet Services

The prospect of new digital taxes and regulation to fund the creation of Canadian content continues to attract attention with cultural groups leading the charge. For example, the Canadian Independent Music Association recently called for the regulation of digital services and ISPs including mandated contributions to support the development of Canadian content, while ADISQ has previously lobbied for a similar policy approach.

With mounting coverage of the issue, Canadian Heritage Minister Melanie Joly appeared last weekend on CTV’s Question Period, spending most of the nine minutes dodging questions from host Evan Solomon. Joly started by clearly stating that “there will be no new Netflix tax”, but spent the rest of the interview making the case for one. The discussion featured speaking points that seemed to contradict the no Netflix tax approach, emphasizing that everything is on the policy table and that the government is looking at all scenarios. Solomon noted the inconsistency of the comments and Joly struggled to respond.