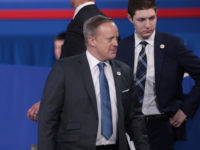 Access Copyright issued a release on a 2016 Copyright Board decision on March 31st that might have been mistaken for an April Fool’s joke had it been issued a day later. Channeling White House spokesperson Sean Spicer’s penchant for implausible spin, the copyright collective commented on the board decision involving copying in K-12 schools by arguing the decision confirmed that “fair dealing does not encompass all of the copying in education.” Leaving aside the fact that no one has said that it does (hence paid access remains by far the most important method of access), the Access Copyright decision will come as a surprise to anyone who read its response to the decision when it was first released, when it called it a “deeply problematic decision for creators and publishers.”

Access Copyright filed a judicial review of the ruling only to lose badly at the Federal Court of Appeal, which upheld virtually all of the Board’s decision (the only exception was a minor issue on coding errors in its repertoire, which is the source of the reconsideration referenced in the release). Access Copyright presumably issued the announcement on a year-old decision in response to the fact that the deadline has passed for an appeal of the Federal Court of Appeal ruling to the Supreme Court of Canada. What stands – and what Access Copyright seemingly endorses with its latest spin – includes: