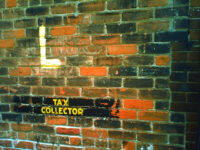 The Law Bytes Podcast, Episode 115: Reuven Avi-Yonah on the Past, Present and Future of Digital Services Taxes

There has been mounting concern over the past few years over whether some of the world’s largest companies – primarily big tech – pay their fair share of taxes. This issue has arisen in countries around the world leading to new digital services taxes that primarily target the U.S. tech giants and which in turn often leads to the U.S. threatening to retaliate in response. Canada now finds itself embroiled in these battles as Finance Minister Chrystia Freeland has proposed a retroactive digital services tax to take effect in 2024 if by that time a newly reached OECD agreement has not taken effect. Professor Reuven Avi-Yonah is a law professor at the University of Michigan and director of the school’s international tax LLM program.  He joins the Law Bytes podcast to discuss digital services taxes, the OECD deal, and what might happen if the international agreement falls apart.