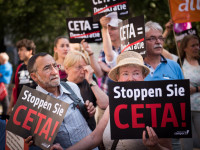 Industry Canada to Foreign Affairs After CETA Leaks: Can We Get a Copy of the Text?

As the Canada – EU Trade Agreement faces mounting opposition in Europe, it is worth looking back at the late stages of CETA negotiations that occurred after an October 2013 announcement that a deal had been reached. That announcement did not include a release of the text, which was still the subject of months of negotiations. In fact, long after the initial announcement, there were reports that European concerns with investor-state dispute settlement provisions were about to derail the entire agreement. By July 2014, it was obvious that CETA was in jeopardy. In August 2014, there were more assurances from the Canadian government about an agreement, but still no text. That same month, the agreement finally did become public, but only after a German public television leaked it online.

Documents obtained under the Access to Information Act show that Canadian government officials scrambled to respond. While the official line will be familiar – “Canada does not comment on the leaks of purported negotiating texts” – internally, officials were left scrambling as the agreement leaked in real time. In fact, after learning that additional appendices and materials had leaked online, Canadian official joked that “they’re scanning as fast as they can.” 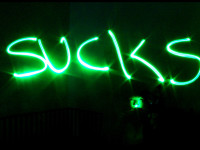 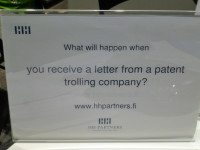 The federal government released its Report on Plans and Priorities for 2014-15 today with departments and agencies identifying spending estimates and work priorities. The CRTC’s report offers some interesting insights into its main activities and targets, particularly with respect to broadband access.

The latest CRTC broadband target is for 100% of Canadian households to have access to broadband speeds of 5 Mbps download and 1 Mbps upload by December 31, 2014. That target is a year ahead of schedule as last year’s report set the 100% target for the end of 2015. The new target is also difficult to reconcile with the government’s announcement that it plans to spend $305 million over the next five years to extend broadband to rural and remote areas. In fact, last week reports suggested that Industry Minister James Moore and the government had established a target of 2019 for universal access to broadband. If the CRTC target is achieved, the government’s broadband plans and targets would appear already outdated. Interestingly, Industry Canada’s report includes a target of 77% of the population with broadband subscriptions (not access) by March 2015, but broadband is defined is only 1.5 Mbps or higher.