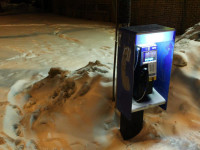 The Canadian government has prioritized innovation as a marquee policy issue. There are  signals that Innovation, Science and Economic Development Minister Navdeep Bains will use the upcoming budget to overhaul the myriad of innovation funding and support programs that have cost billions of dollars with only a limited return on investment. There is no reason to doubt the commitment to innovation, but a national strategy must involve more than changes to how the government doles out cash incentives.

Yet when presented with the opportunity to address a core component of any serious innovation strategy – the communications sector that provides the foundation for the digital economy – Mr. Bains last week took a look at a market that the Competition Bureau found suffers from coordinated behaviour among the three dominant providers and simply whiffed. The decision to approve the merger of BCE and Manitoba Telecom Services (MTS) with only minor tinkering seems certain to increase wireless pricing for Manitoba residents and eliminate one of the few competitive bright spots in Canada. 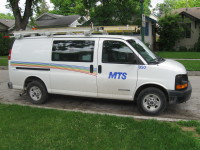 On the same day that revelations about CSEC spying on the Brazilian government for economic purposes generated headlines around the world, the Canadian government rejected the proposed acquisition of MTS Allstream’s Allstream division by Accelero Capital Holdings, a company co-founded by Naguib Sawiris, an Egyptian billionaire who first captured Canadian […]

The CBC reports that MTS Allstream and Acanac have filed a motion with the Federal Court of Appeal seeking reversal of the CRTC's usage based billing decision.

The final day of the CRTC New Media hearings featured more discussion from ISPs, including Quebecor, MTS Allstream, CAIP, RipNet, Barrett Xplore, Bell, and Telus.  Due to some scheduling difficulties, we are only able to provide a link to the CRTC transcript of the hearing.

Update: Greg O'Brien, the publisher and editor of the terrific Cartt.ca, has kindly offered to have his coverage of the day posted here. Thanks Greg.