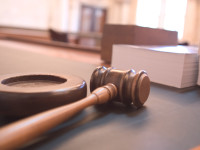 Podcast on the Voltage Decision

I talked to Carleton University’s Capital News about the Voltage decision. Listen to the Podcast here.

Distributel, an independent ISP with services in Quebec, Ontario, Alberta, and B.C., has fought back in a file sharing lawsuit launched by NGN Prima Productions, opposing a motion to disclose the names of subscribers alleged to have engaged in file sharing. It appears that NGN is using Canipre to identify alleged file sharers, the same company that has supplied information to Voltage Pictures in its case involving thousands of subscribers at TekSavvy. Distributel did not oppose a similar request in November 2012, but says in court documents filed today that several factors led to a change in position when NGN filed another request for more names.

First, Distributel was concerned with how NGN treated its subscribers, demanding a $1500 settlement in a notice claiming that subscribers could face up to $20,000 in damages. Distributel noted the lack of evidence for the claim made by NGN, relying on an expert analysis of BitTorrent to highlight the shortcomings. Moreover, Distributel says NGN is engaged in copyright trolling, citing the misrepresentation in the potential liability (the law now features a cap of $5,000 for non-commercial statutory damages) and the settlement demands that far exceed actual damages.

File sharing of music has been part of the Internet landscape for well over a decade, but the debate over its economic impact continues to rage. The issue has come to fore once again in recent weeks after Columbia University’s American Assembly released an excerpt of a report that found that peer-to-peer users purchase 31 percent more downloads than non-P2P users. The NPD Group, which conducts industry analysis for the Recording Industry Association of America, quickly responded with data that purports to show that among music buyers, both P2P and non-P2P users spend about the same, though P2P users spend more on merchandise and concert tickets. The NPD Group dismisses the additional spending, arguing “it would be silly” to concluded the P2P promotes merchandise or ticket sales.

While there have since been responses from the American Assembly and further promotion of the NPD Group findings from the RIAA (along with coverage from CNET and TorrentFreak), no one seems to have picked up on the basic math error from NPD Group. The NPD Group post ironically starts with:

I often think you ought to have a license to publish data, especially these days, when misinterpreted statistics easily make their way to the blogosphere, and thus become truth.

Yet take a closer look at its own data in a chart that has been replicated throughout the blogosphere.

A new study by the American Assembly finds that file-sharers buy 30 percent more music than non-file sharers. The study is consistent with many other studies that confirm that file sharers spend more on music and cultural products than those that do not. Study author Joe Karaganis has a follow-up […]