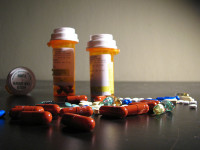 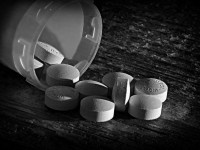 The Trouble With the TPP, Day 33: Setting the Rules for a Future Pharmacare Program

Earlier Trouble with the TPP posts focused on the health care implications of the agreement, focusing on patent term extensions, biologics protection, and limits on medical devices and pharma data collection. There is another health-related aspect of the TPP worthy of examination, but it is easy to miss. Chapter 26 of the TPP addresses transparency and anti-corruption, which is not the place you would expect to find provisions with a direct impact on health care. Yet Annex 26-A contains a full section on “transparency and procedural fairness for pharmaceutical products and medical devices.”  What does this section do?  The key aspect is to establish mandatory requirements for a national pharmacare program:

Yesterday I posted on how the Canadian IP Council, the Canadian Chamber of Commerce’s IP lobby arm, floated false claims about the scope of counterfeiting in Canada in an attempt to bolster claims for increased border measures. The Chamber placed Canadian countefeiting costs at $30 billion per year, a figure that has no basis in fact and that even RCMP no longer supports.

The Chamber’s false claims on counterfeiting are not the only intellectual property issue where their arguments have been debunked as inaccurate.  My weekly technology law column (Toronto Star version, homepage version) focuses on the proposed trade agreement between Canada and the European Union, which could have big implications for the costs of pharmaceutical drugs, on which Canadians spend $22 billion annually.

The E.U. is home to many of the world’s big brand name pharmaceutical companies and one of their chief goals is to extend Canada’s intellectual property rules to delay the availability of lower cost generic alternatives. Earlier this year, the Chamber’s IP Council released a report claiming that Canada lags behind other countries and encouraging the Canadian government to follow the European example by extending the term of pharmaceutical patents and “data exclusivity.”

The CIPC (which counts several brand name pharmaceutical companies as members) claims the reforms would lead to increased pharmaceutical research and development in Canada. But last month University of Toronto law professor Edward Iacobucci released a study that thoroughly debunks the CIPC claims, predicting increased consumer costs and noting that there is little evidence the changes would increase employment or research spending.

Iacobucci’s blunt assessment of the report:

The CIPC Report does not offer objectivity in its assessment of Canada’s patent regime.  It rather is a straightforward piece of advocacy on behalf of the branded pharmaceutical sector. The Report makes no effort to place Canada’s patent law in an international context or address international relations, but instead simply asserts without justification that Canada would suffer if it fails to grant the same concessions to the pharmaceutical industry that the EU and US have made. The flaws in this basic approach undermine each of the CIPC Report’s recommendations.

Continuing the review of submissions to DFAIT regarding the Canada-EU Trade Agreement, the Canadian Generic Pharmaceutical Association warned against the inclusion of any intellectual property provisions: The very fact that both Canada and EU have robust IP systems in place should be a sufficient basis on which to enhance and […]