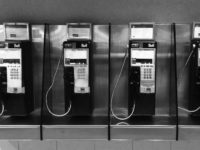 Canada’s Telecom Crisis: My Appearance Before the Senate Transport and Communications Committee

Two weeks ago, I appeared before the Standing Committee on Transport and Communications to discuss the state of telecommunications in Canada.  The committee is conducting a study on the wireless sector and access to high-speed Internet.  The full hearing last over 90 minutes and the transcript has just been posted online.  My opening statement is posted below.

Appearance before the Senate Standing Committee on Transport and Communications
May 26, 2009

Good morning.  My name is Michael Geist.  I am a law professor at the University of Ottawa, Faculty of Law, where I hold the Canada Research Chair in Internet and E-commerce Law.  I am also a syndicated weekly columnist on law and technology issues for the Toronto Star and the Ottawa Citizen.  I served on National Task Force on Spam struck by the Minister of Industry in 2004 and on the board of directors of the Canadian Internet Registration Authority, which manages the dot-ca domain name space, from 2000 – 2006.

I appear before the committee today in a personal capacity representing only my own views.  I grateful both for the opportunity to appear before you and for your decision to address this issue.  As you know, Canada was once a global leader in the telecom field.  Companies like Nortel led the world and – befitting a country with our geography – Canada consistently ranked toward the top on most telecom measures. No longer.  While RIM has carved out an important niche and become a household name, the Canadian telecommunications scene is in a state of crisis.  This is no exaggeration.  Following years of neglect by successive governments, the absence of a forward-looking digital agenda, and cozy, uncompetitive environment, we now find ourselves steadily slipping in the rankings just as these issues gain even more importance for commercial, educational, and community purposes.

I know that you are focused primarily on the wireless sector, but I think the problems within our telecommunications infrastructure are not so easily divisible.  I would like to briefly discuss three issues – wireless, broadband access, and net neutrality.

Brison on Telecom in Canada

The CBC telecom "Disconnected" telecom series includes an interview with Liberal Industry critic Scott Brison, who gives a nice shout-out to the effectiveness of online voices.

The Competition Bureau has released a new bulletin on abuse of dominance provisions as applied to the telecommunications industry.