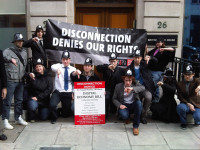 The UK government has announced plans to introduce a wide range of copyright exceptions. The plan includes a new private copying right that will permit personal copying of content onto any medium (including personal cloud storage) for personal use. The personal copying right will not require further payment or a levy system. Canada enacted a similar reform this year, though the levy remains for copying of sound recordings onto some media. The UK reforms will also include a fair dealing exception for non-commercial use of materials in teaching. The summary of UK reforms include:

The UK government is set to announce that all research funded by the government will be mandated as open access by 2014, ensuring that all taxpayer funded research will be freely available to anyone anywhere in the world.

David Willetts, the UK Minister of State for Universities and Science, delivered a remarkable speech to the Publishers Association annual general meeting in London last week. Willetts focused on open access and left no doubt of the government’s commitment on the issue:

Our starting point is very simple. The Coalition is committed to the principle of public access to publicly-funded research results. That is where both technology and contemporary culture are taking us. It is how we can maximise the value and impact generated by our excellent research base. As taxpayers put their money towards intellectual enquiry, they cannot be barred from then accessing it. They should not be kept outside with their noses pressed to the window – whilst, inside, the academic community produces research in an exclusive space. The Government believes that published research material which has been publicly financed should be publicly accessible – and that principle goes well beyond the academic community.

Willetts did not shy away from the economic impact on publishers:

The National Post reports that plans to introduce new Internet surveillance legislation is threatening the current British ruling coalition. The bill has yet to be introduced, but has attracted criticism from MPs from all parties.