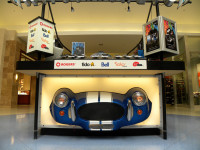 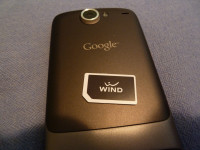 Industry Minister James Moore announced new spectrum policy measures yesterday designed to help foster the creation of a viable fourth national wireless competitor. The policy features an accelerated timeline for another spectrum auction (AWS-3) and a significant set-aside of spectrum for new entrants such as Wind Mobile. When combined with the government’s policies on domestic roaming, tower sharing, and foreign investment, it is clear that it intends to continue to use the policy levers at its disposal to encourage greater wireless competition. For this, the government deserves kudos, as its emphasis on fostering greater competition is the right thing to do.

While the announcement generated criticism from the usual suspects who want Canadians to believe that the market is already competitive (or incredibly might somehow become more competitive if it shrunk down further to two competitors), it is worth revisiting the Competition Bureau’s analysis of the wireless market. Earlier this year, Canada’s independent agency responsible for competition in the marketplace concluded that the Big 3 enjoy “market power”, which it defines as “the ability of a firm or firms to profitably maintain prices above competitive levels (or similarly restrict non-price dimensions of competition) for a significant period of time.” In fact, the Bureau commissioned its own study of the market on domestic roaming and found that a more competitive market would deliver approximately $1 billion in benefits to the Canadian economy.

As if on cue, the Big 3’s most recent quarterly investor calls confirmed that they face little Canadian pricing pressure.

Wind Mobile Founder: No Political Will For Telecom Competition

Wind Mobile founder Naguib Sawiris is in the news today for comments about his regret of investing in Canada and frustration with the government’s commitment to competition. Sawiris says “there’s no real political will here to introduce competition into this closed market” adding that he won’t bid on in the […]

Wind Mobile has faced growing criticism over the past couple of days from its user community about blocked ports for those on unlimited data plans.  The reports indicated that the port blocking was effectively blocking access to a wide range of applications include streaming media, MSN, and Google Talk.  The […]