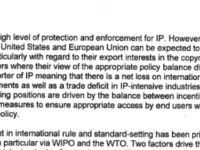 World Intellectual Property Day is set for next Tuesday, April 21st and Senator Joseph Day is once again coordinating an event on Parliament Hill.  This year, however, MPs and Senators will be joined by members of both IPIC and the Chamber of Commerce's CIPC.  The Chamber's IP Council is an […]