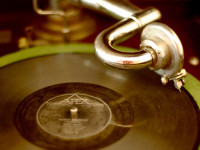 Sound of Silence: Why the Government’s Copyright Extension for Sound Recordings Will Reduce Access to Canada’s Musical Heritage

This is the inescapable conclusion based on studies elsewhere, which find that longer copyright terms discourage re-issuing older releases, which often means that the musical heritage is lost.  For example, Tim Brooks conducted a detailed study in 2005 on how copyright law affects reissues of historic recordings. He concluded that longer copyright terms significantly reduce public access. First, he examined the data in the United States, which at the time had the longest term of protection: