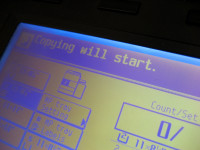 A Licence With Limited Value: Copyright Board Delivers Devastating Defeat to Access Copyright

The financial loss for Access Copyright in the case is obvious as it expected to earn millions from the tariff. With roughly 120,000 full time employees covered by the tariff, Access Copyright’s initial ask would have brought in $9 million in the first five years and another $14.4 million in the second five years for a total of almost $25 million (even its reduced ask envisioned nearly $9 million in revenues). Instead, the Board estimates that the total value of the tariff for the entire period will be $370,000, which is unlikely to cover Access Copyright’s legal and administrative costs (it also does not include revenues from the Province of Ontario, which struck an incredibly bad deal in 2011 by agreeing to pay $7.50 per year per employee).