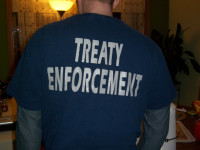 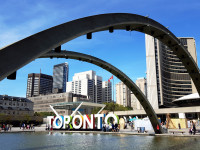 Last month, I wrote about the battle over the future of broadband in Canada with Toronto Mayor John Tory and Ottawa Mayor Jim Watson writing to the federal cabinet to support a Bell appeal to overturn a CRTC decision designed to foster increased competition for fast fibre Internet services. On the CRTC ruling, I noted that:

The upshot of the ruling was that companies such as Bell would be required to share their infrastructure with other carriers on a wholesale basis. The companies would enjoy a profit on those wholesale connections, but the increased competition would facilitate better services, pricing, and consumer choice. Indeed, the policy approach is similar to the one used for slower DSL broadband connections that has been instrumental in creating a small but active independent ISP community that serves hundreds of thousands of Canadians.

Bell marshalled opposition to the CRTC decision, including letters from Tory and Watson. By contrast, the City of Calgary and its mayor, Naheed Nenshi, filed a lengthy submission supporting the CRTC approach. 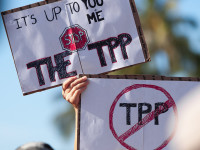 The TPP, IP and Canada: My Bloomberg TV Interview

I appeared yesterday on Bloomberg Television to discuss the impact of the TPP on Canadian intellectual property law. The discussion focused on the need for consultation and to take a closer look at the provisions in the agreement.