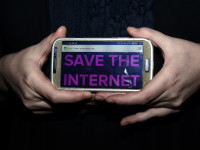 Net neutrality emerged as a top Internet policy issue over 10 years ago as some Internet service providers openly discussed creating a two-tier system with a fast lane for websites and applications willing to pay additional fees and a slow lane for everyone else. The companies maintained that consumers would benefit from the two-tier approach by gaining faster access to premium content.

Internet users and emerging technology companies banded together to oppose the approach, arguing that all traffic should be treated in an equal manner regardless of content, source, or destination. They noted that the two-tier approach could lead to unfair competition and an inability for start-up companies to challenge established players.

My weekly technology law column (Toronto Star version, homepage version) notes that Internet users won the policy battle and years later net neutrality rules can be found worldwide. Indeed, the importance of an “open Internet” was recently affirmed by Navdeep Bains, Canada’s Minister of Innovation, Science and Development, who told an international conference that the economy depends upon it.

Appeared in the Toronto Star on July 4, 2016 as ‘Zero Rating’ Battle Throws Net Neutrality in Doubt Net neutrality emerged as a top Internet policy issue over 10 years ago as some Internet service providers (ISPs) openly discussed creating a two-tier system with a fast lane for websites and […]