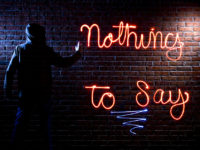 What is the Point of the Broadcast and Telecom Legislative Review if the Government Has Already Decided What It Intends To Do?

The Broadcast and Telecommunications Legislative Review Panel released its interim report – What We Heard – yesterday alongside the long-overdue release of the written submissions to the panel. The report doesn’t contain any surprises given that the various positions on key telecom and broadcast issues are well known. While the panel is set to deliver its final report in January 2020, there is increasing reason to suspect that the government (if re-elected) has already decided what it wants to do.