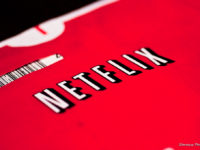 It’s Back: The Netflix Tax Debate Returns for the 2019 Election

Four years ago, then-prime minister Stephen Harper used the first week of the 2015 federal election campaign to pledge that if re-elected his government would not institute a Netflix tax. My Globe and Mail op-ed notes that the Liberals responded with a no Netflix tax promise of their own, which became government policy when Justin Trudeau was elected a few months later. Yet as Canada heads toward another election this fall, Canadian Heritage Minister Pablo Rodriguez and his party seem ready to place the spotlight on Netflix taxes once again. Only this time, the government will call out opposition parties that do not commit to new Internet taxes.