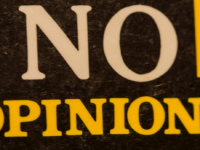 The Canadian Broadcast Standards Council has ruled that a news broadcast that jokingly criticized Canadian content violates the Canadian Association of Broadcasters’ (CAB) Code of Ethics and the Radio Television Digital News Association of Canada’s (RTDNA) Code of Journalistic Ethics. The complaint arose from a December 2019 broadcast on Toronto radio station CFRB. David McKee used his lead-in to a report on a possible Netflix tax to state “the libraries of streaming services like Netflix, Disney+ could soon have more of a Canadian flavour that nobody watches or wants if the federal government gets its way.”