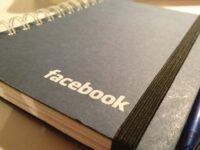 There Are Many Serious Concerns About Facebook. Why the Australia News Fight Isn’t One of Them

Earlier this week, Facebook announced that it plans to stop allowing publishers and users to share news on both Facebook and Instagram in Australia. The decision came after months of public debate and private negotiations on potential payments from the social media giant to news organizations. When the Internet platforms and the news organizations led by Rupert Murdoch’s News Corp (by the far the largest media organization in Australia) were unable to arrive at a deal, the Australian government and its regulator announced that it would legislate a solution by requiring Google and Facebook to pay publishers for content posted by its users on its site. The Facebook decision to block news sharing on its platforms has been described as a “threat” to the government and democracy, leading to supportive op-eds calling on the Australian government to push back against the company. Canadian Heritage Minister Steven Guilbeault has denounced the move, stating “the Canadian government stands with our Australian partners and denounces any form of threats.”

There are many serious concerns about Facebook: it is in federal court in a battle over whether it violated Canadian privacy law, its response to potentially misleading political advertising has been inadequate, it has moved too slowly in removing posts that urge violence, it faces antitrust investigations, it has paid billions in penalties for its conduct, and many simply fear it is too powerful. But it is in the right in this battle over news in Australia and the Canadian government would be wrong to emulate the Australian approach.