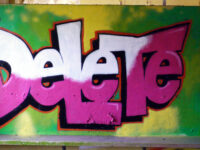 The second reading debate over Bill C-10, the Broadcasting Act reform bill, took a notable turn on Friday as Conservative MP Michael Kram called for the bill to be withdrawn, adding that politicians could do Canadians a lot of good by “rewriting it from scratch.” The House of Commons debate over Bill C-10 has run far longer than the government or Canadian Heritage Minister Steven Guilbeault anticipated with the bill still not passing second reading and receiving a referral for committee study. The Conservatives have become increasingly critical, pointing (as I have done in my series on the many blunders in the bill) to the expansion of powers of the CRTC, the government secrecy on key policy issues, the uncertainty the bill creates, and the increased costs to consumers during a pandemic. 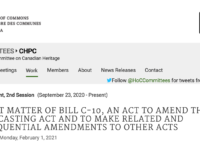 The Standing Committee on Canadian Heritage last week started what it is calling a pre-study on Bill C-10, the Broadcasting Act reform bill. The hearings raises some significant procedural concerns given that the bill has not yet passed second reading so the committee is technically conducting a study about the bill, rather than studying the bill itself. Moreover, committee members have indicated that they have already been invited to provide potential amendment to a bill that hasn’t even made it out to committee, much less been the subject of any study.

Despite those qualms, I was pleased to be invited to appear before the committee and discuss some of the concerns that I’ve identified with the bill. This week’s podcast features my opening statement and the full exchanges that I had with Conservative MP Keven Waugh and Liberal MP Marcie Ian. The audio isn’t ideal, but I hope that the recordings give a sense of both the policy concerns with the bill and the kinds of questions being asked.