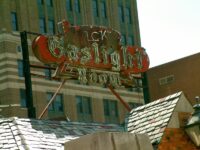 The House of Commons debate over the Online Streaming Act (Bill C-11) is likely to continue this week with the government anxious to get the bill out of the House of Commons and into committee for further study and approval. The recent discussion in the House featured Liberal MP MP Mark Gerretsen insisting that the bill does not cover user generated content:

I can assure this member and all Conservatives that nobody is more interested in preserving the content they create in this House than I am: the content that they give me to put out on social media. If I thought for one second that user-generated content would be impacted by this bill, I certainly would not be in favour of it.

I am curious. This is a simple question. Has the member read the bill, and he has read those sections in particular?

I’m not a Member of Parliament but I have read the bill and those specific sections. The indisputable reality is that the net result of those provisions is that user generated content is covered by the bill. Indeed, the government is gaslighting the public with claims that it does not.